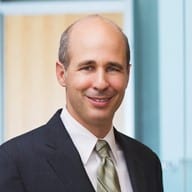 Richard “Rick” Welsh has served as lead trial, appellate, and arbitration counsel for well-known companies in their bet-the-company disputes in wide-ranging industries such as energy, finance, insurance, entertainment, alcohol, hospitality, real estate, video-gaming, and satellite. His cases have ranged from complex class actions to commercial contract and tort disputes throughout the United States, including in California, Delaware, Florida, Hawaii, Nevada, New York, Texas, Virginia, Washington DC, and Wisconsin. In many of his cases, his teams have obtained dismissal, even where they replaced prior trial counsel well into high-stakes matters gone awry.

As a result of his high-profile representations and successes, Rick has been recognized as a stand-out lawyer by several prominent publications.  The Daily Journal selected him as one of the “Top 20 Under 40” attorneys in California in 2010, highlighting his cutting-edge work in the energy and technology sectors.  Law360.com recognized him as one of the top 10 energy lawyers under 40 nationwide in 2010, and he was the only trial lawyer on the list. Similarly, the Los Angeles Business Journal recognized his work in the energy and environmental sectors. In addition, Super Lawyers listed him as a “Rising Star” under 40 from 2006 to 2011.

Before college, Rick served as a noncommissioned officer (“NCO”) in the highly selective and demanding 75th Airborne Ranger Regiment, where he graduated from some of the army’s most difficult schools, earned numerous service awards, and set an endurance record in one of the Regiment’s most grueling tests of strength.

Rick continues to show his commitment to public service. He is very active in representing veterans pro bono and serves as the Chairman of the Board of Directors of the GallantFew, which is a charitable organization devoted to assisting special operators who have issues associated with transitioning to civilian life. He also has lectured on appellate and trial advocacy at Loyola and UCLA law schools, and on climate change law, arbitration, and commercial dispute resolution tactics.

This website uses cookies to improve your experience while you navigate through the website. Out of these, the cookies that are categorized as necessary are stored on your browser as they are essential for the working of basic functionalities of the website. We also use third-party cookies that help us analyze and understand how you use this website. These cookies will be stored in your browser only with your consent. You also have the option to opt-out of these cookies. But opting out of some of these cookies may affect your browsing experience.
Necessary Always Enabled
Necessary cookies are absolutely essential for the website to function properly. These cookies ensure basic functionalities and security features of the website, anonymously.
Functional
Functional cookies help to perform certain functionalities like sharing the content of the website on social media platforms, collect feedbacks, and other third-party features.
Performance
Performance cookies are used to understand and analyze the key performance indexes of the website which helps in delivering a better user experience for the visitors.
Analytics
Analytical cookies are used to understand how visitors interact with the website. These cookies help provide information on metrics the number of visitors, bounce rate, traffic source, etc.
Advertisement
Advertisement cookies are used to provide visitors with relevant ads and marketing campaigns. These cookies track visitors across websites and collect information to provide customized ads.
Others
Other uncategorized cookies are those that are being analyzed and have not been classified into a category as yet.
SAVE & ACCEPT