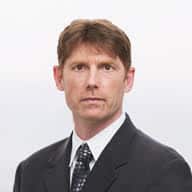 Jeff Zuidema has served as trial, appellate, and arbitration counsel for well-known companies in a variety of industries such as energy, alcohol, hospitality, employment, real estate, and intellectual property. His cases have ranged from class actions to commercial contract and tort disputes. Many of his cases resulted in favorable judgments and dismissals.

Jeff received his degree from San Diego State University and his law degree from California Western School of Law. He received several academic honors in law school, including American Jurisprudence in Constitutional Law and Copyright, and made the Dean’s List. He interned at Space and Naval Warfare Systems Command in San Diego in matters involving government procurement contracts and bid protests.

Before college, Jeff served as a noncommissioned officer in the U.S. Army’s elite 1st Battalion 75th Airborne Ranger Regiment. He served as an infantryman before taking charge of Alpha Company’s nuclear and chemical warfare component receiving several awards for meritorious service and leadership.

This website uses cookies to improve your experience while you navigate through the website. Out of these, the cookies that are categorized as necessary are stored on your browser as they are essential for the working of basic functionalities of the website. We also use third-party cookies that help us analyze and understand how you use this website. These cookies will be stored in your browser only with your consent. You also have the option to opt-out of these cookies. But opting out of some of these cookies may affect your browsing experience.
Necessary Always Enabled
Necessary cookies are absolutely essential for the website to function properly. These cookies ensure basic functionalities and security features of the website, anonymously.
Functional
Functional cookies help to perform certain functionalities like sharing the content of the website on social media platforms, collect feedbacks, and other third-party features.
Performance
Performance cookies are used to understand and analyze the key performance indexes of the website which helps in delivering a better user experience for the visitors.
Analytics
Analytical cookies are used to understand how visitors interact with the website. These cookies help provide information on metrics the number of visitors, bounce rate, traffic source, etc.
Advertisement
Advertisement cookies are used to provide visitors with relevant ads and marketing campaigns. These cookies track visitors across websites and collect information to provide customized ads.
Others
Other uncategorized cookies are those that are being analyzed and have not been classified into a category as yet.
SAVE & ACCEPT